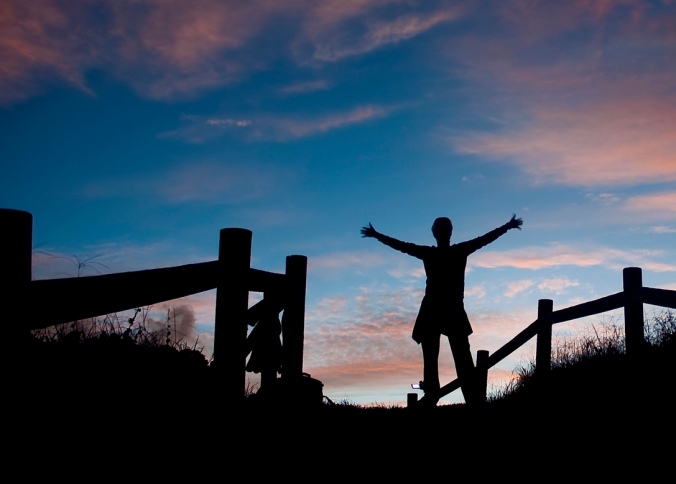 Grace is but glory begun, and glory is but grace perfected. – Jonathan Edwards

There was a current which began in the Old Testament but which flowed quietly and often unnoticed. It burst forth when Noah found favor in God’s sight. It rushed more loudly when Abraham’s faith was counted as righteousness. It languished in the Israelites’ long years of disobedience, but resurfaced in the lives of Daniel and his friends and in the promises of a new covenant made to prophets such as Ezekiel. Only in the life and resurrection of Jesus did it reach its flood stage, but since then the river of God’s grace has continued to spread across the Earth. Paul stood in the abundance of that river and declared its power to all who could not see it.

Therefore, since we have been justified through faith, we have peace with God through our Lord Jesus Christ, through whom we have gained access by faith into this grace in which we now stand. Romans 5: 1-2

The grace shown to Abraham

Abraham has always been Father Abraham to the Jews, but Paul taught that he is also Father to all those who live by faith, whether Jew or Gentile. “Abraham believed God, and it was credited to him as righteousness.” God didn’t declare him righteous because of his actions, but because of his faith. Furthermore, God blessed Abraham before he was circumcised, and long before the Law was given. Abraham truly is Father Abraham, but he is the Father of Faith and he shows that all receive righteousness by God’s grace.

The grace through Jesus vs. the condemnation through Adam

Death entered the world through one man, Adam, and spread through him to all men. Adam’s trespass brought death to all. His judgment brought condemnation to all. His disobedience brought sin to all. But the one man, Jesus, is not like the original man. His gift of grace brought justification, righteousness, and life for all who live in him.

The grace that makes us dead to sin

Francis Schaeffer said that as surely as Jesus Christ had a birth date fixed in a certain time and place in history, you also had a birth date. As surely as Jesus died at a particular time in history, you, a believer in him, also died in Christ at a specific time and place when you believed in him. You died to sin, to your old self, and as Christ was raised to life on that particular Easter Sunday morning in Jerusalem, you also rose to a new life with him. Your old self was crucified with Christ on the cross. Your new self is united with Jesus. The reality of your death to sin and resurrection to a new spiritual life is as certain as the reality of your physical birth. And because you are dead to sin and alive in Christ, by God’s grace you are now able to choose to live a life that pleases God. Live in the reality of that freedom.

The grace that frees you from slavery to sin

A slave has very little power. He or she must do what their master tells them. So were all of us before grace freed us. We were slaves to sin and unable to do anything but sin. But now, by grace, the chains of sin have been removed. We have now chained ourselves to God, who gives us the ability to lead holy lives which lead to eternal life.

But now that you have been set free from sin and have become slaves to God, the benefit you reap leads to holiness, and the result is eternal life. For the wages of sin is death, but the gift of God is eternal life in Christ Jesus our Lord. Romans 6: 22-23

The grace to struggle

Paul was a practical man as well as an idealist. He knew the struggle involved in following Jesus. He knew the struggle with sin didn’t end when the chains of sin fell off. His mind was fixed to God, but his flesh still warred against his mind, causing him to do the very things he did not want to do. The fight would continue until his flesh died and God gave him an immortal heavenly body – that was the rescue which Jesus made possible.

I’ve tried everything and nothing helps. I’m at the end of my rope. Is there no one who can do anything for me? Isn’t that the real question? The answer, thank God, is that Jesus Christ can and does. He acted to set things right in this life of contradictions where I want to serve God with all my heart and mind, but am pulled by the influence of sin to do something totally different. Romans 7: 24-25 (The Message)

One thought on “This grace in which we stand: Romans 4-7”

There are many one year Bible reading plans. You can find one here.

Bob Dellinger is a family physician in North Carolina.